As promised, here are some more photos of the brand new Ford Transit Taxi, unveiled yesterday in Manchester 's Event City at the Private Hire and Taxi show. The model on display is the manual version £29k, it is a prototype. An auto version will also be available soon. 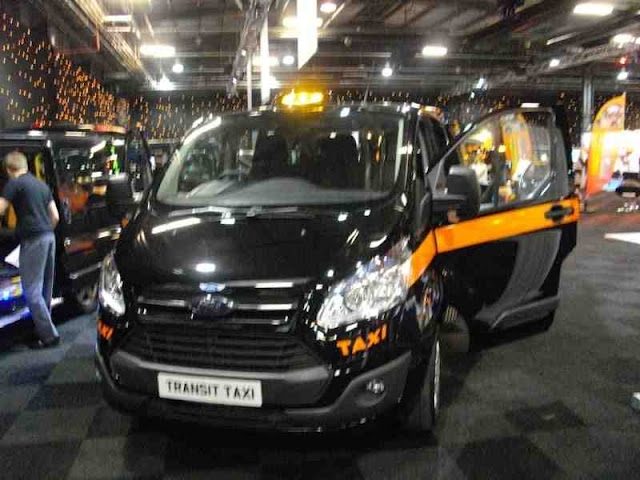 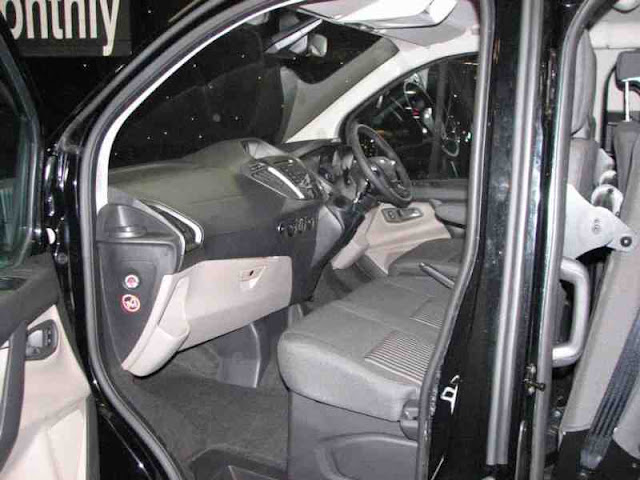 The two extra seats in the front compartment can be removed.
Customers can also specify Acceleration Control, an innovative new option which limits the acceleration of the vehicle when it is unladen or part-laden. Field tests have shown reductions in real world fuel consumption of up to 15 percent, depending on the typical driving style; as well as reduced wear on brakes, tyres and other items. 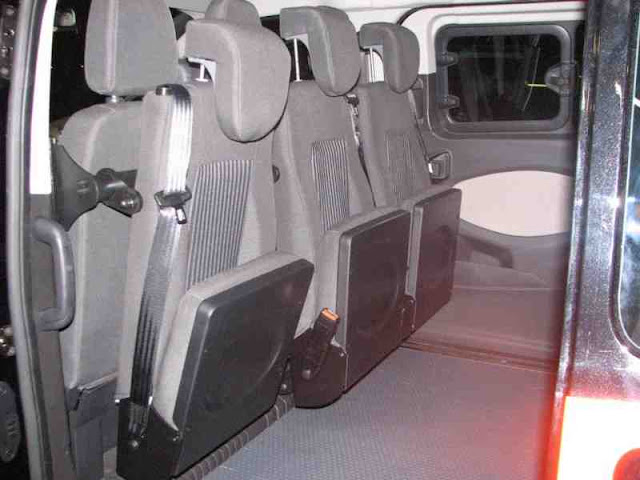 Lower maintenance and repair costs
The Ford Transit Custom has been engineered to minimise the costs required for both routine and non-routine servicing, through smart design and optimising the requirement for regular maintenance.
With the longest service intervals in the class - two years /50,000 km/30,000 miles - the Ford Transit Custom is designed to spend as little time as possible off the road. 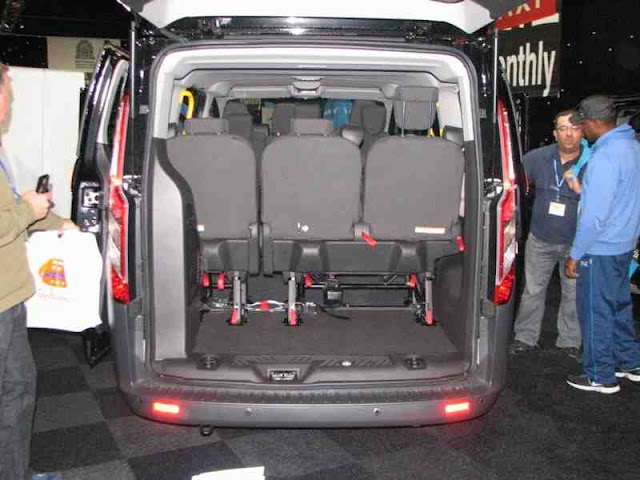 Under-bonnet access has been improved through the adoption of a new twin-motor wiper mechanism - which also enhances pedestrian protection - allowing service labour times to be reduced on the new model. 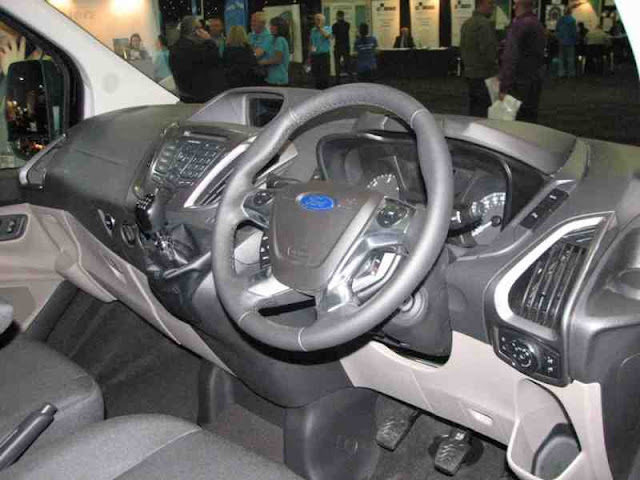 The engine design has been optimised to reduce the need for early maintenance, and to enable the power unit to use more affordable mineral lubricating oil. The oil is monitored for extreme usage and condition, and if it requires replacing before the service interval is due, a light on the instrument panel is illuminated.
Photos, with thanks to our field reporter Les Reid.
EDITORIAL COMMENT:
We have been tipped the wink that the turning circle requirement is soon to be removed from the conditions of fitness. This will open the doors to a whole range of cheaper, cleaner vehicles and will put huge pressure on current manufacturers.

The Nissan NV200 may have been given a 10-year contract to be the exclusive taxi of New York City, but city code rules that the Taxi and Limousine Commission (TLC)  make at least one hybrid vehicle available for use as a taxi. With a 135-hp petrol I-4 under the hood, the NV200 is most definitely not a hybrid. Although the TLC plans on holding a vote in the coming weeks allowing fleets to choose from either the NV200 or a similarly sized hybrid like the Ford C-Max or Toyota Prius, our source at Nissan tells us that the automaker has every intention of remaining the exclusive taxi provider of New York City. 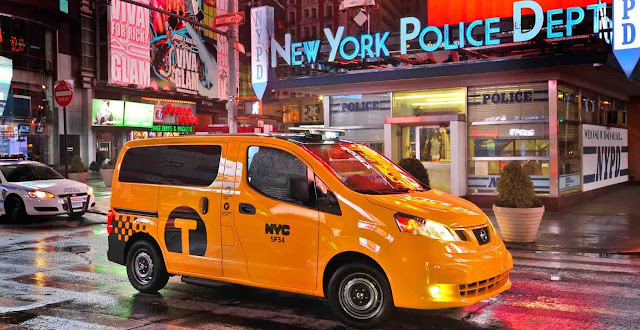 To that effect, Nissan tells us that it plans on offering a hybrid version of the NV200 taxi in New York for the van’s second model year, likely making it a 2015 model. The 2015 NV200 Hybrid’s powertrain could come from a number of places, with the JDM Serena S-Hybrid van’s hybrid powertrain the most likely choice. The Nissan Serena’s hybrid setup is a mild-hybrid system, similar to GM’s eAssist system, which uses the electric motor and a small battery pack to boost power and fuel economy, but the technology can’t power the vehicle independent of the gasoline engine. The S-Hybrid system could conceivably fit under the hood of the NV200 and not require any expensive body modifications, though an all-electric e-NV200 could be on the way, as well.
Like the existing NV200, the NV200 Hybrid will be specially built to handle 24-hour duty cycles and trashed New York streets. The 2015 NV200 Hybrid will initially be sold exclusively to taxi fleets in New York City, though if consumer demand is high enough, a hybrid version of the commercial van is a possibility. The gas-powered Nissan NV200 cab will make its taxi debut at the end of this year.
Posted by Editorial at 6:58 PM

What all this clearly demonstrates is tha hybrids, electrics etc. that are 100% suitable for heavy duty urban taxi work just are not available yet.

The first motor cab took 20 years to finally replace the horse drawn cab, I predict it will take 5 to 10 to replace the current shocking range of engines UNLESS just like Hendy & Danielsbeloved buses we get a big subsidy!

Obiviously, Ford Transit is the best-selling van all over the world. In Viet Nam (my country), Transit always is the most favourite car for people if they are going to open a car-renting service.