In February, after months of rumours about a possible fraud being carried out at the Palestra building. Taxi Leaks published an article, based on information received from a highly respected member of the RMT Taxi Branch. The Post received much attention from LTPH stakeholders who asked director of LTPH John Mason, "if there's no truth in the article, why it hadn't been removed?

John Mason then contacted the editorial staff of the blog by means of a series of emails from himself and Abbey Ameen, with threats of legal action from TfLs legal department.

In an email to his legal team Mason claimed;
"No arrest has been made of any individual at Palestra, there has been no “breach of security” there is an allegation of fraud and an individual has been dismissed from TfL and is subject to Police action."
He also said:-
"None of this is true and they should “put up” or shut up” when making such allegations in print. Surely this is slander?"

Not only have we proved the arrest of a corrupt staff member took place, we can now announce that on the 17th of April 2013, Brazilian national and ex member of staff at Palestra, Marcos Gurgel was found guilty of fraudulently obtaining £249 from Taxi Driver Stanley Marut.

This email from Stan Marut:
The scam was that drivers who did not use the Post Office verification system and pay at the post office counter and who sent in cheques to TfL did not get their licences until Mr Gurgel telephoned them to say that he had their "bills" ready and they could be picked up but payment would have to be in cash. We used to pay cash at Penton Street so it seemed feasible.

He was arrested and cautioned and I gave evidence to TfL fraud department at Windsor House last January.

The CPS took him to Magistrates Court at Camberwell Green and he was found guilty of Theft.

The sentence:
Community Order - Defendant to comply with the requirement to carry out 300 hours community work within the next 12 months (17/04/2014).
To pay compensation of £250
To pay £70 per month commencing 01/05/2013
Information received from the Criminal Justice System at Sidcup

Complaints not followed up at LTPH
We have, on numerous occasions challenge the issue of 18 brand new satellite office licenses to a newly registered company, which had a new registered address, new company director, which had not been licensed as a private hire operator for the required period of one full year. In our opinion this is malfeasance.

Of all the complaints made about this issue, we have only received one reply, from Deputy Director of LTPH Helen Chapman stating;
"You are correct that it is now our policy that operators must have been licensed as a standard operator for at least one year before we will consider a variation to operate from a late night venue. In this specific case the company name had changed but the director had been associated with the same business for a considerable period longer than a year"

We also asked for an investigation into the 19 satellite office licenses currently issued to a company that has been liquidated.
So far we've had nothing back.

At the recent Taxi Drivers Forum, I personally bought up both these issues to a panel of heads of departments. My statement was met by blank expressions, from which I managed to draw no response.

This public body operates like a private company, who are far from open and transparent. They are not our employers, it is our license fees that pay their inflated wages.


THESE PEOPLE ARE NOT LISTENING TO US. 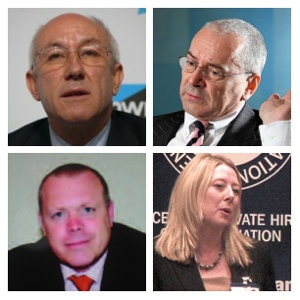 We have now been told, it is highly unlikely, there will be anymore Taxi Driver Forums at Palestra.

Posted by Editorial at 7:01 PM

The thing that killed the Taxi Forum idea was the suggestion from the floor of an independent chair.

Prince Hendy of Windsor House would not have that, accountability, transparency, not on his watch.

They have not arranged the TfL board, surface Transport Panel, Taxi engagement policy or meeting the joint Ranks Committee to be anything more than a talking shop and rubber stamp.

An organisation without a reputation has no credibility.

TfL are a joke!

It just ain't funny though, it's our livelihood they affect.

PH asks LC for all taxis to have tracking device to unable to trace taxi used for each passenger. So our hard earned Knowledge and trust is being undermined.

They should all be sacked
They are unfit to do this highly paid work.

They may have gone to universities but they make the mistake of confusing qualification with intelligence and common sense. Two things most of LTPH staff lack.

Who's watching the Watchers said...

Back in the news again I see