"Bill Gate"...How Much Longer Can These People Last?...Post Removed after harassment from TfL. 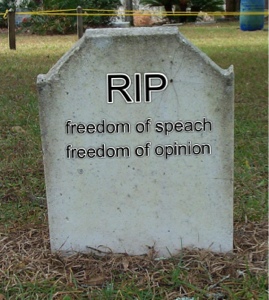 This post has been removed by the administrator after harassment and threats of legal action from LTPH.

Blog moderator and occasional poster Jim Thomas said:
We did everything possible to insure the facts in the post were correct. But sometimes LTPH/TfL won't let you get to the whole truth. It's hard because Director of LTPH John Mason has in the past, ignored important questions.

We were given three points said to be incorrect. As a good will gesture, we immediately removed and rewrote the post. Apparently this action wasn't good enough and we were told that the post contained other incorrect facts which LTPH refused to point out, demanding the whole post be removed. Threats were made about contacting Google UK and getting the blog removed.

We take reasonable care to ensure articles are factual and advertise an email address for queries. Mason refused to use the facility we offer and instead went straight for bully boy tactics threatening to take the blog down.


Removing this post, is in no way an admission. We shall be posting the offending bullet points in future articles. We intend to post, one point at a time, backed up with all the evidence in our possession.
Posted by Editorial at 1:27 PM

Not one word of any of these cases in the Taxi
Why is Oddy and co keeping their 9000 members in the dark?

Jim you also forgot to mention that RD2.com was issued a license for the club Kanaloa although no venue inspection took place. Surely someone has been paid!

Contact the news chanels and mainstream papers see if the will delve into it,cant see why not

Shocking but true, fearless and forthright.

To all the UTG members who read this, CHALLENGE your committees to act!

There is no news of these cases anywhere in the trade press, why ?
Because many have taken a vow of "Omertà" and are now members of John Mason's secret club "Chatte Merde". Many would be surprised who are in this club members!!!

Lets have the scoundrels outed

I am extremely nervous I don't want to be exposed as the whistle blower. This goes right to the very top. Many decisions are not made here, they are made at lodge meetings!!!

Anonymous said...
"Not one word of any of these cases in the Taxi
Why is Oddy and co keeping their 9000 members in the dark?"

Because to remain a member of the LTDA you must be a Mushroom, and that's where you keep Mushrooms!

Take a look at the photos of Hendy and Mason both wearing the Freemasons type of tie.
It has been know for a long time that corruption is rife at TFL and there should be an investigation.
When you have poeple on the inside saying these things then surely there is some truth?
Someone should file a Freedom of Information request asking for confirmation of Hendy/Masons involvement in the Freemasons?

No your wrong
Mason is wearing a tie in WestHam colours

You are wrong.
The diagonal stripe and the way the tie forms a 'v' on its side where it is tied at the top is a knon Masonic identifier.They are both tied in exactly the same way.
The colurs usually relate to a specific lodge although Masons may well be like the West Ham colours that is coincidence.
Google west ham tie and it looks completely different.

Mafia of the mediocre is often the statement applied to Freemasons, whoever said it must have had these three stooges in mind.

Most other people I know in the Masons are usually sound.

Does anyone in the taxi trade know anything about the Freemasons?
Could they find out about the involvement of Hendy and Mason?

Hendy and Mason might be freemasons or one of them might or none of them.it realy does not matter.

I agree with John's comment, it really does not matter - But then again Licensed Cab Drivers don't matter either... Eh John?

Virtually every Club, Satellite Office, Driver Company LTPH who has had their license revoked, appeals and gets it back straight away

This administration is a complete joke

Couldn't stop laughing when I saw Mason getting mugged off by the doorman at Nobu.
Shouting out "Joe, Joe, he won't let me in"

Then Joe Royal just shrugging his shoulders as they all walked away with their tails between their legs.

Even Martin Low made himself look foolish with his Kodak, trying to photograph the Restaurants satellite office license.

Why did Mason ask to see it anyway, surely he could have got a copy from Palestra as it was them that issued it!

Mason and Chapman will be gone very soon