Steering Box Fault in TX4 Taxis
The taxi manufacturer London Taxi Company (LTC) has informed Transport for London, Taxi and Private Hire, of a potential fault within the steering box of TX4 taxi models, within a defined Vehicle Identification Number (VIN) list, which may cause loss of steering control of the vehicle.

LTC has commenced an immediate campaign to identify all the taxis possibly affected by this fault and will then contact the taxi owners to inform them that they should not use the vehicle.

Following advice from LTC to TfL and other licensing authorities around the UK, we regret that TfL has no option but to suspend the vehicle licence of all taxis that have been identified as being within scope of this steering fault. This suspension takes place with immediate effect.

The taxi licence suspension will remain in place until such time as we have confirmation from LTC that any rework and/or repairs to individual taxis have been carried out. This action is being taken to minimise the risk to passengers, drivers and other road users.

Transport for London will be providing a supporting role to assist in ensuring all affected vehicles are identified as soon as possible and providing advice and support to London taxi owners wherever possible. 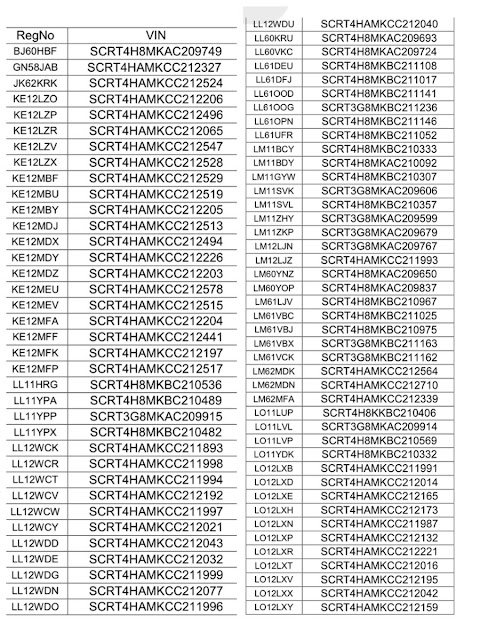 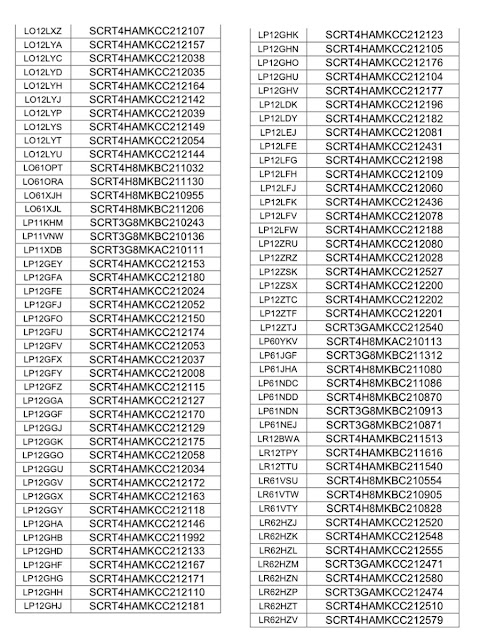 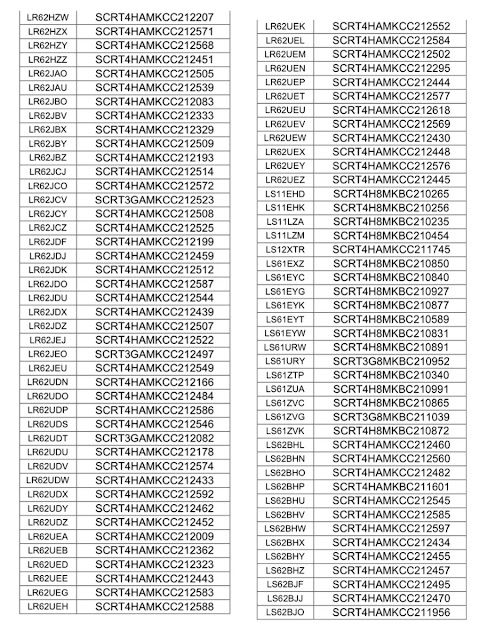 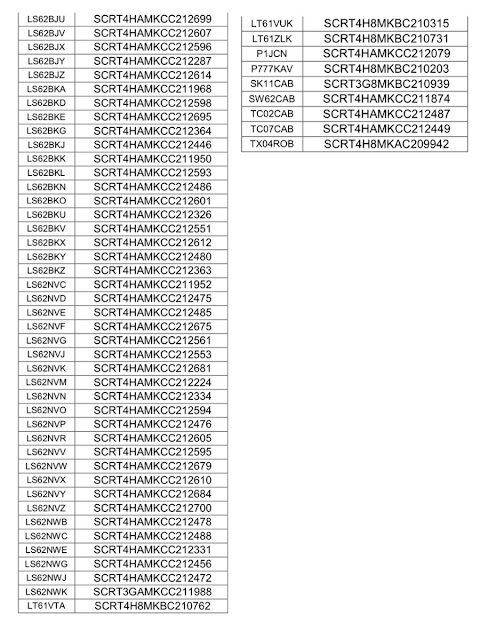 Drivers expecting to pick up new TX4s From Brewery Road today have been told to sit tight and wait as LTC announce product recall.

Faulty steering boxes means approx 400 vehicles are to be recalled.

Drivers now wait with baited breath to see if LTPH has anything to say about 400 dangerous TX4s driving around London, although they said nothing when Toyota recalled thousands of vehicles due to a faulty breaking system.

Manganese Bronze Holdings PLC (the "Group") announced today a recall of approximately 400 of its TX4 London taxis and suspension of sales of new TX4 models as a result of the discovery of a defect in the steering box. The steering box is a new design from a new supplier that was introduced in production at the Group's Coventry factory in late February 2012.

Discussions are being held with Geely to put in place a robust technical solution for the steering box faults.

The suspension of sales will have a very material and detrimental impact on the Group's cash flows and the board are working to establish the options available to the business given the impact on working capital. Until such time that a technical solution is developed to rectify the fault, the financial position of the Group remains unclear and trading in the Company's shares will remain suspended. 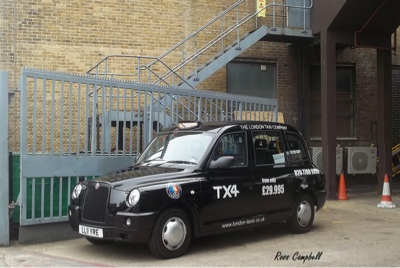 Unconfirmed reports have been received that the trading of shares in Manganese Bronze Holdings, has been suspended.

TEMPORARY SUSPENSION OF TRADING ON AIM

At the request of the company trading on AIM for the under-mentioned securities has been temporarily suspended from 12/10/2012 07:30am, pending an announcement.

If you have any queries relating to the above, please contact the company's nominated adviser on 020 7383 5100.

Posted by Editorial at 11:45 AM No comments:

Follow on FaceBook as again The Children's Magical Tour for Seriously Ill children head to Paris Disneyland via P&O Ferries from Dover in 100 London Taxis.

If you see them on the road tomorrow, give them a wave and a toot!

This year once again the Company of Hackney Carriage Drivers have organised a three-day trip of a lifetime to Disneyland Paris for children with life threatening diseases.

A convoy of over 100 London taxis, escorted by the Police, London Ambulance Service and A.A. assist us throughout the trip.

Putting "Kids in Cabs" is our mission and this annual event is only possible with your continued support, along with other sponsors who generously give toward the £1250 per taxi necessary to meet the expenses such as Hotel, fuel, food, admission charges etc. As a result we have brought moments of great joy and happiness to these unfortunate children.

Some of the children who went on the last trip won't be going this time.

We are filled with sadness that some of these children have died, but with your help we are determined to give more children this once in a lifetime opportunity.

Please consider working an extra hour over this weekend, for the children.

LTPH seem to be dragging heals again, as a minicab firm is seen to be advertising itself as a Hospital TAXI provider.

In the past, I have personally contacted the Director of LTPH John Mason who has never shown any apatite to deal with these type of contravention's.

I have taken the liberty of sending him a copy of the relevant legislation but all I get back is sarcastic comments.
This is the same Director who is still currently persecuting Licensed Taxi Drivers caught up in the gridlock of the "Parliament Square Demo"

Over two years now I have been waiting for a minicab firm in Ruislip to be told to take down the word Taxis from their window but so far nothing has been done.

Latest minicab firm to blatantly flout the legislation in the face of LTPH is UBI cab who seem to have London's main hospital sites sown up. They advertise inside the Hospitals and offer the service of a direct line "Taxi Phone" and also advertise all over the Internet as "A hospital taxi service you can trust. When you need a hospital taxi, our safe, licensed, friendly services will take care of you."

This is illegal and has to stop. They have contravened the terms of their license which should be revoked immediately. If the current director of LTPH doesn't have the backbone to take on these firms, then he should be replaced by one who does. I suggest Taxi drivers contact their MP's and complain, insisting that a cease and desist order be issued against the minicab company. 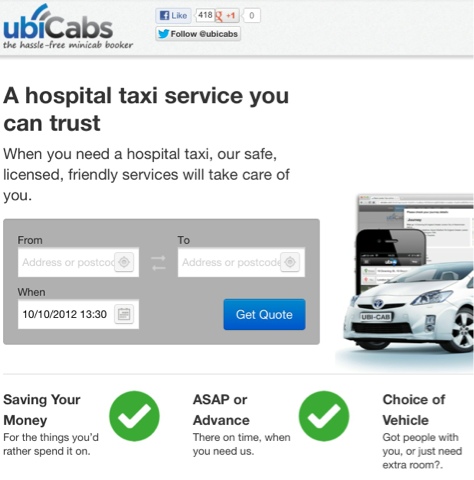 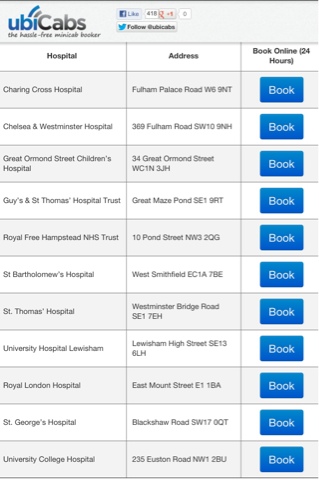 This Minicab firm also has an app in the Apple App Store advertising a "TAXI" service to the Heathrow Express at Paddington.
HOW MUCH MORE ARE THEY GOING TO LET THIS COMPANY GET AWAY WITH BEFORE LTPH ACTUALLY TAKE ACTION. 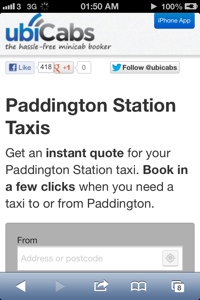 Just type "London Taxi Company" in Google and see what comes up!

The results shown in yellow are sponsored, which these companies have to pay for to be shown at the top of the search. THIS ISN'T A FLUKE and LTPH know this is going on.

We believe the only way to stop this practise is to revoke licenses. Once the word gets out, it will stop overnight. 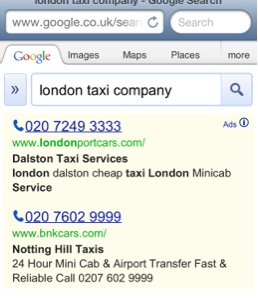 First we are fed this info from LTPH:

"In this specific case only the company name had changed."

But we have uncovered that the company is a new company with new registered office and a new company director. The old company (Rides2) went into liquidation and was dissolved.
So a new company, which have not been trading before, were then set up.

It is also apparent that the new director, from records below, is/was in no way connected to the private hire trade in the last year.

And looking at the evidence, TfLTPH don't!!!

We were then informed:
"The director had been associated with the same business for a considerable period longer than a year."

It still does not alter the fact that these new companies have not been trading for at least 1 year. It should not be the case that, just because a director of a minicab company has been in the business for many years, he is allowed to sidestep LTPH's conditions and awarded as many licenses as he wants.

We demand an immediately inquiry, as we feel special treatment has been given to this particular individual that would not be afforded to other people in the business.
Or is this not just a one off

I will personally be writing to my MP, MEP, and as many Assembly member as I can find. I would suggest that ever Taxi driver does the same. 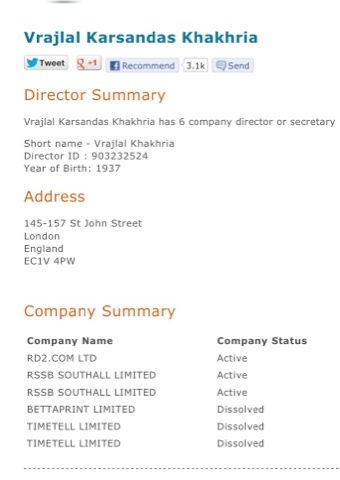 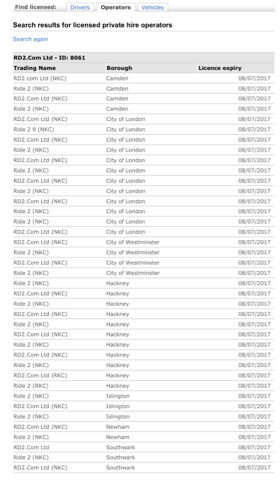 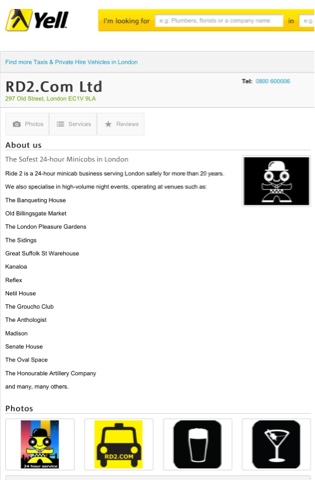 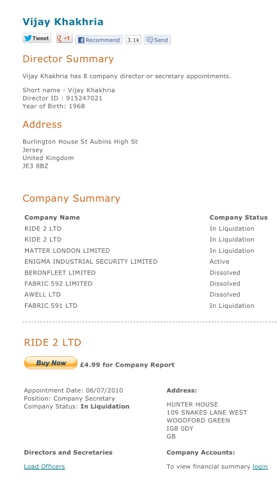 One Rule for us, but only guidelines for him!!!

It had been pointed out to Taxi Leaks, that a minicab operation which had been wound up, had re-emerged with the same directorship and registered head office address under a new name. This brand new operation was then granted 18 new licenses to set up late night bilking services inside night venues.

Under the terms of license deviation, a PH company must have been trading for at least twelve months before it can apply for a satellite office.

We also believe that virtual PH companies are opening satellite office set ups in third party premises, without having a base office that operates as a minicab office.

We wrote to LTPH for clarification of these alleged contraventions of license conditions.

It has been explained to me by LTPH, that satellite office licenses (deviation of license) would/could only be granted to companies that had already been trading from a registered office for a period not shorter than 1 year.

Could you please investigate as to how this company has managed to acquire these 12 new licenses just 12 days after being formed and registered with company house.

Also I would like to ask, is a PH company required to have a main licensed operating office, functioning as a PH booking office, before they can apply for a license deviation. It is our belief that many PH companies such as RD2.com and Diamond Chauffeurs, only operate as satellite office providers.

Is this possible/legal for a virtual company to be set up that only operates from inside third party licensed premises.

I look forward to you reply

We patiently waited for a reply which we now have. !

We have now been informed that it is LTPH policy, operators must have been licensed as a standard operator for at least one year before they can be consider for a variation to operate from a late night venue.

In this specific case the company name has changed but the director has been associated with the same business for a considerable period longer than a year.

However, this policy is being reviewed as a result of a recent complaint.

We have also been informed that operators with more than one operating centre have the option of nominating one specific centre at which the driver and vehicle records are kept, although booking records are still required to be maintained at each centre.

In this context operators are supposed to have one main record keeping centre, but try as we may, we cannot find Diamond Chauffeurs main stand alone minicab booking office from which their other centres deviate.

Like RD2 Ltd, they have a registered office, but it does not function as a private hire booking office. 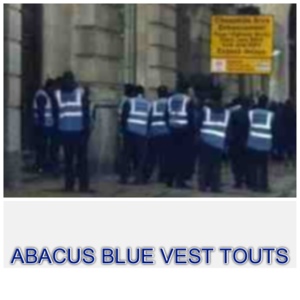