A minicab driver wanted for breaching his licensing conditions is being hunted by detectives in Edgware.

Police are trying to track down 46-year-old Mohammed Hersi who is believed to be living in Edgware and operating as a minicab driver in Wembley.

He is described as five feet nine inches tall, of stocky build and with black short afro hair.

Another Council Set For Deregulation.

TAXI drivers are fearing for the future of their businesses due to proposals which could see increased competition on Burton’s roads.

East Staffordshire Borough Council is planning to remove the limit on the number of Hackney carriages allowed in Burton, which is likely to mean less custom for the town’s current firms.
In a further blow, the council is also proposing to allow private hire cars to accept customers who flag them down as they pass or from taxi ranks.

Currently only Hackney carriages are permitted to take customers who hail cabs and from taxi ranks, as well as prebookings, whereas private hire cars, can only take fares that have been booked in advance.

Under the new plans, a private hire car from Derby dropping a customer in Burton would then be able to be flagged down by another customer wanting to travel elsewhere in the town, meaning Burton custom lining the pockets of Derby minicab firms.

Taxi drivers in Burton feel that an increase in the amount of Hackney carriages will swallow up competition in what is a relatively small town.
Additional proposals to allow private hire vehicles from elsewhere to pick up customers in Burton are seen as a further kick in the teeth, which taxi firms say could put them out of business.

Shokad Mahmood, owner of A1 Taxis and 58 Taxis, in Station Street, said: “Burton is a very small place. If big firms are allowed to hijack all the trade, we will be finished. More cars will be allowed to come on the roads, from areas such as Derby and Lichfield. These cars are not allowed to pick up fly-by passengers at the moment, but now they will be able to hang around in Burton.

“It is going to ruin the business, and all other small taxi businesses around here.”

The plans are currently in their consultation stage, with East Staffordshire Borough Council keen to hear the views of both taxi drivers and members of the public.

Mr Mahmood pledged to fight the council’s proposals in a bid to safeguard the future of his business.
“I have been to a town hall meeting, and more meetings are in the pipeline. This could ruin my business, we’re going to arrange more meetings and take it from there.

A spokesman for East Staffordshire Borough Council said: “The proposals are only at the consultation stage at present and we are urging people, including licensed taxi drivers, to respond to the proposals.”

A final decision is expected to be made following the end of the consultation period on Monday, September 10.

Members of the public can have their say about the proposals at www.eaststaffsbc.gov.uk

Deregulation is happening around the country, it is a reality.
Many more councils are consulting these type of proposals.
The Law Commission is looking to repeal and change Hackney Carriage Law and London's world class taxi service is under threat.

WHAT IS YOUR TRADE ORG DOING ABOUT THIS THREAT?

Source: The Burton Mail
Posted by Editorial at 1:28 PM 4 comments:

Still think men ain't coming to kill you? Deregulation and an increasein numbers in the provinces, escalate. 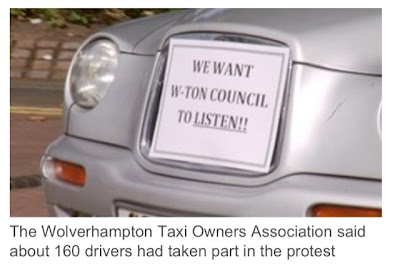 People across the Chichester District and members of the taxi trade are being consulted on proposed changes to the way Hackney carriages are licensed.

Since 1987, licensed Hackney carriages (London-style cabs) in Chichester District have had to conform to the London Conditions of Fitness (LCOF). Chichester District Council is one of only a minority of local authorities who continue to retain this policy.

As a result, a decision has been taken by the Licensing and Enforcement Committee to move away from the London Conditions of Fitness.

The Council have said;
"The principle objective for the council is the protection of the general public who use licensed Hackney carriage and private hire vehicles and that they are accessible to everyone. The revised policy outlines a number of new proposals on how the council deals with licensed drivers, vehicle proprietors and operators."

How can changing from a purpose built wheelchair accessible vehicle with a safety shield between passenger and customer, to a saloon car be more accessible and safer for both the driver and passenger?

During a consultation into the LCOF, The London Taxi Company warned: “If the council moves away from their present conditions, this will allow converted vehicles to be taxis - lowering standards and putting public safety at risk. As many of these vehicles are operated by private hire companies, the distinction between licensed and unlicensed vehicles will be lost. This could endanger the public.”

The council insist that the new conditions will make sure that any licensed vehicle continues to be clearly identifiable as a taxi. Some critics say the new conditions are more likely to harmonise the gap between Hackney carriage vehicles with private hire.

Local residents can provide their views from 28 August until Tuesday 6 November.

The Licensing and Enforcement Committee will consider the feedback in November.

Cllr Henry Potter, Vice-Chairman of the Licensing and Enforcement Committee at Chichester District Council, says: "We want to hear from local residents and members of the taxi trade. We will rely on this information to help us make our final decisions."

Parminder Sekhon, from Wolverhampton Taxi Owners Association, said: "The point we're trying to make is this is what will happen if they issue more licences."

Wolverhampton City Council said people had told them there were often not enough taxis available.

The plans are part of a consultation.
Nick Edwards, the council's assistant director for regeneration, said: "The proposals form one element of a major piece of work to explore options for how we can enhance the city centre.

"But I must stress these are only proposals at this stage."

'First of many'
The council's consultation ends on 14 September.

Mr Sekhon said: "This is not something we wanted to do but we've got no choice, the council wants to flood our streets with more taxis.

"There's no need for any more and the point we're trying to make is this is what will happen if they issue more licences.

"We've wanted to raise public awareness which we have done but this could be the first of many protests."

He added there were 170 taxis in Wolverhampton and about 160 drivers had taken part in the protest.

Posted by Editorial at 6:13 PM No comments:

It's Not All Gloom And Doom.

Bored, nothing to do, why not advance to London and play life-size Monopoly

I suppose living and working in London, we take for granted all the destinations on the Monopoly board. But nationwide there are many people who only know a street, road, square, or station, in relation to the space occupied on the game board.

Members of Thetford Players have been exploring a new way to play Monopoly.

On Saturday, the players travelled to London and took part in their first ever real world Monopoly Race. The traditional board game was turned into a fun, real-life on street version with the aim of raising money for their charity of the year, East Anglia’s Children’s Hospices (Each).

Speakers Corner in Hyde Park became their GO! spot and the 22 players visited as many places in London featured on the Monopoly board as possible.

Their prize, a £50 Amazon voucher, was donated to Each. The fun day raised just under their £1,500 target.

If anyone would like to donate, they can go to www.justgiving.com/Robert-
Wapole0

One game that would be popular with London cabbies would be Battleships using minicabs as targets. 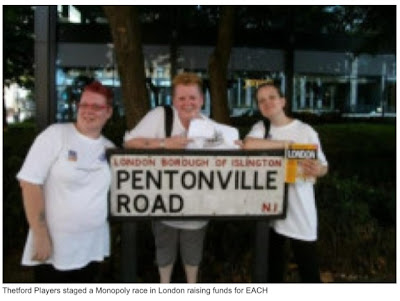 Posted by Editorial at 2:06 PM No comments:

CITY CONDEMNED FOR 'SNOOPING' IN FIGHT FOR SPYCABS

Last month the Information Commissioner Christopher Graham slapped an enforcement notice on the Southampton City Council, after he said it had “gone too far” by using the surveillance equipment.

However, councillors have lodged an appeal, which is due to be heard by the Information Rights Tribunal this autumn. If successful it raises the prospect of all taxi passengers in Britain being snooped on.

Since 2009, taxis in Southampton have been required to install cameras and microphones.

The cameras cannot be turned off by the driver.

Recordings have been used to convict passengers who have assaulted and robbed drivers and in one case to revoke the licence of a driver who hurled abuse at three elderly women.
Southampton City Council says it will use this evidence in its appeal to be allowed to keep the cameras working in the city’s taxis.

Councillor Jacquie Rayment, deputy leader of the council, said: “No one sees these videos unless there is an incident that needs investigating and in those cases the footage and audio becomes crucial independent evidence.
“The very fact that the cameras capture everything is a valuable deterrent against attacks, both verbal and physical.

“This appeal is an opportunity for us to show the court that we are not using them to snoop on innocent activity but to deter and to take action on criminal offences.”

The appeal has been condemned by civil liberties group Big Brother Watch and the Local Government Minister Bob Neill.

A Big Brother Watch spokesman said: “Yet more public resources will be tied up defending a policy that has no grounding in rational thought or civil society.

“It is another example of a council trying to steamroller surveillance through without paying attention to public opinion, privacy or, in this case, the law.”

Mr Neill has also questioned the move accusing Labour-controlled Southampton of “excessive and unjustifiable snooping by a town hall Stasi”.

In other parts of the UK it is recommended that cabs install either CCTV systems without audio recording due to privacy concerns, or use a system which triggers audio recording only in specific circumstances, such as if the driver pressed a panic button. 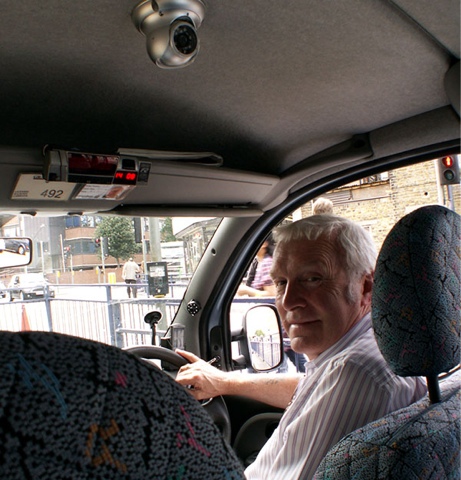 listen to ‘Not my responsibility?’ on Audioboo
Posted by Editorial at 3:27 PM No comments: