SERIOUS TRAFFIC disruption across Shepherds Bush and into neighbouring Kensington and Chelsea during a month-long closure of a westbound section of Shepherds Bush Green in the New Year.

Residents, commuters and road users are being warned about a series of major, essential roadworks in Shepherds Bush planned from Monday 28 January so that National Grid, working with Skanska, can replace aging metal gas mains with tough new plastic pipes on the eastern far corner of the Green.

It means the road will be closed to westbound traffic from Monday 28 January to Monday 25 February, with diversions in place.

The project will take place in three phases, beginning on Monday 14 to 28 January 2013 where preparatory work will be carried out in Shepherds Bush Green with one single lane closed outside W12 Shopping Centre.

The westbound carriageway of Shepherds Bush Green will be completely closed between Holland Park Roundabout and the W12 Shopping Centre during phase two, from January 28 to February 25.

The bus stops on Shepherds Bush Green, near the W12 Shopping Centre, will be suspended and some local bus services will change during this time.

During phase three from Monday February 25 for approximately eight weeks single lane closures will continue on both Uxbridge Road (opposite Shepherds Bush station) and Shepherds Bush Green (outside W12 Shopping centre) as further gas main replacement work is carried out.

The diversion route takes motorists travelling from Holland Park Avenue and Holland Road up to West Cross, the A40 Westway, Old Oak Road and Askew Road. The bus lane from Uxbridge Road to Shepherds Bush Green will remain open to all traffic while the closure is in place.

National Grid will be sending letters to local residents and businesses at the start of the New Year and will regularly update them throughout the project. Local bus passengers will also be updated about any changes to their bus routes. 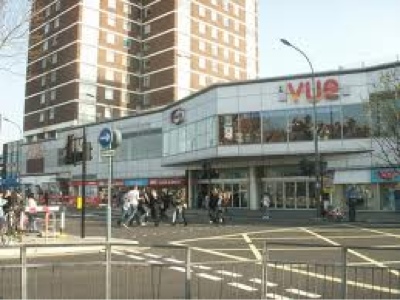 Posted by Editorial at 9:49 PM

Why didn't these muppets put in top class kit when Westfield was built?

Still the Joint Ranks will sort it out,