We've Done It Again, London Taxis, Best In The World.

London's Black Cab drivers are the best in the world... and it's not just us saying it!

Perhaps it is our unrivalled ability to talk about everything and anything. Or perhaps it's our complete professionalism and outstanding knowledge.

The London Taxi trade is appreciated by the many visitors to the Capital, from countries all over the world.

Second were New York cabs, followed by taxis in Tokyo, Shanghai and Bangkok.

The results are based on responses from 1,600 travellers in 28 countries, the survey showed that UK cab passengers were more than twice as likely to "become amorous" in a taxi than travellers worldwide, with 26% of global travellers having kissed in the back seat.

More than half (56%) of travellers have nodded off in a cab, while 19% use a journey to touch up their hair or apply make-up.

The poll also revealed that 15% never tip a cabbie and 39% are fairly stingy with their gratuities.

London was top in five of the seven categories used to determine the city with the best cabs, only failing to be the pick of the taxis for availability (with New York chosen) and for value (Bangkok).

The world's biggest spenders on taxis are Australians, while Italians splash out the least.

Hotels.com senior communications director Alison Couper said: "It is great news again for London to be the home of the best taxis.

"London's iconic black cabs are recognised around the world as being the highest quality and it's due to the impressive expertise of London taxi drivers that they're seen to have the best local knowledge compared to any other city in the world."

What a shame that our own Mayor and licensing authority don't feel the same way...Boris wants us to jump off Tower Bridge and Transport Commissioner Peter Hedy says we should stop complaining and get out more often.

But lets wait and see if they try to capitalise on our great achievement. 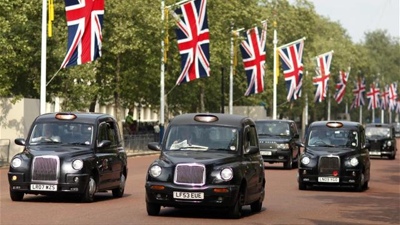 cab services are now in demand in several countries especially in US and most of the taxi services have good offer to help their clients.