In the early hours morning, during an operation in Aylesbury, local police stopped 26 private hire vehicles. Amazingly 11 of them were found committing licensing offences.

Three of these were found to be in a dangerous condition and taken off the road with immediate effect, while the others were required to comply immediately or face further action.

The offences included drivers not wearing ID badges and not displaying the correct signs.

One driver was was given a fixed penalty ticket of £60 and got three points on his licence for having a bald tyre and another was fined £60 for not wearing his seatbelt.

Five prohibitions were applied for serious mechanical defects, with all of them removed from the road until they have been repaired and had a full MoT.

Police stopped 26 private hire vehicles in the town centre on September 5 and checked for defects, while Aylesbury Vale District Council licensing officers checked they had the correct documents.

Sgt Daniel Collett described the operation as a success.

Perhaps LTPH should get intouch with Sgt Collet, who I'm sure would be adle to give them advice on how to set up this type of successful operation.

At the moment LTHP only seem to be interested in checking licensed Taxi drivers Badges and Bills. It has been alleged that 1000's of drivers licenses were stolen during the move from Penton Street to Palestra, prompting a new design to be introduced. It is hoped that the fakes will have disappear after a period of three years as by then, every drivers Bill should have been renewed.

The cloned/fake Bills first came to light after a Taxi that was hired by some one using a fake Bill was involved in a horrendous accident outside Victoria Station. The Driver of the Taxi ran off and so far has never been traced.

A few weeks after the Victoria incident, the RMT had a meeting with LTPH director John Mason, to discuss how one of their drivers complete details had shown up on a fake bill presented at Bishopsgate Police Station.

It now seems that all driver stops and checks on PHVs have been abandoned as LTPH concentrate on Licensed Taxis, ranking at stations.

Officially, LTPH are keeping tight lipped on this matter and have denied any theft took place. 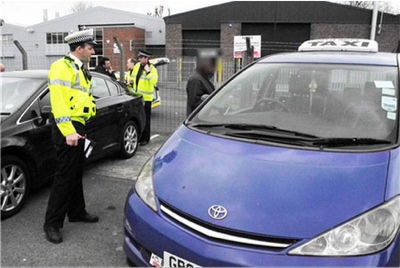 It seems LTPH are more intent on covering up their own mistakes than they are on protecting the travelling publc.

I can't understand how or why LTPH have been allowed to do nothing in regards to the lines of touts outside clubs
They're there every night and by their non action, LTPH are seen to condone this practice.