LTC to Close 11Days Over Christmas

A Coventry-based manufacturer of London black cabs says it may shut down its factory over Christmas to save money.

LTC said it was proposing to shut the Holyhead Road plant for 11-and-a-half days.

LTC said it had negotiated a deal with unions to ensure staff would still get paid during the shutdown.

The Unite union, which represents the staff, said many were angry that they had not received a pay rise for four years.

However, it urged them to vote in favour of the company's proposals in a ballot next week.

In a statement, LTC said it "recognises the commitment and dedication of all its employees over a number of difficult years".

It added that while it had had to "reduce production volumes during the year", it was "committed to maintaining full pay and salaries for the remainder of the year". 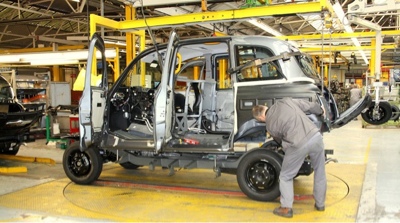 Posted by Editorial at 1:13 PM