Follow the money!
Was the Mayors 15 year age limit on Taxis really about air quality in London.
Why did Tim Yeo suddenly have to resign his £3k a month job at ECV?

London cab maker Manganese Bronze saw rival Eco City Vehicles poised to overtake in its wing mirrors as its losses widened.
Manganese (down 0.25p to 11p) said pre-tax losses hit £3.6million compared to £2.4million last year as UK sales tumbled 23 per cent and it lost £4.25million due to accounting errors revealed last month.
It warned that without improved sales, it might not break even next year. But ECV narrowed its losses from £1.2million last year to £582,000 as revenues surged by 40 per cent to hit £16.4million.

The relative newcomer has been boosted by a diktat from London Mayor Boris Johnson that all black cabs must be less than 15 years old, to reduce carbon emissions.

Its greener Mercedes Vito Euro V models fall well within the age limit, helping the company increase its share of new licensed taxis to 38 per cent from 21 per cent last year.

ECV has now sold nearly as many licensed cabs at the halfway stage as it did during 2011.
ECV (up 0.02p to 2.05p) is seeking a chief executive, with boss Peter DaCosta due to take a non-executive role for the next phase in the company’s expansion.
Growth will be partly funded by a £1.75million share placing announced earlier this month, which will also contribute to paying down debt. 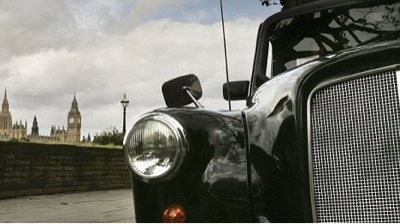 Posted by Editorial at 4:54 PM