Is this déjà vu

Another company that imports Taxis from China has reported a huge loss over the Olympic and Paralympic period.

In a parody of the real life Taxi manufactures, the makers of Olympic toy Taxis Hornby have issued a profit warning following disappointing sales of London 2012 merchandise.

The Olympic legacy for Hornby amounts to a £1m loss as opposed to profits that were forecast to be around £2m.

The group had been hoping that merchandise sales would allow it to bounce back into profit, however, demand for models was significantly lower than expected.

The company has been hit hard by the recession and weak consumer spending. It has seen profits fall from £4.5m to £3.4m in the year to March 31.

The company has also faced major disruption to one of its suppliers in China and is now expected to break even in the financial year. A Chinese company that supplied more than a third of Hornby's purchases has announced it is rationalising its facilities.

Shares in the company fell by over a third following today's warning.
In June the company had said that sales of Olympic merchandise were 'gaining momentum'.

However, deep discounting by retailers along with poor sales overall has led to a reduction in the profit forecast. The company also said that substantial quantities of other London 2012 goods meant sales had failed to deliver.
“Retailers lost confidence in many categories of London 2012 merchandise and repeat orders for our products were cancelled,” it added.
The group said it would be “constrained significantly” in the current financial year, but would keep a tight lid on costs and had “redoubled efforts” in product development and innovation in order to turn sales around.

The company, which is based in Margate, Kent, is now offering up to 85% off its Olympic and Paralympic ranges.

Lets hope the parody continues with M&Os offering huge discounts to get back in the game. 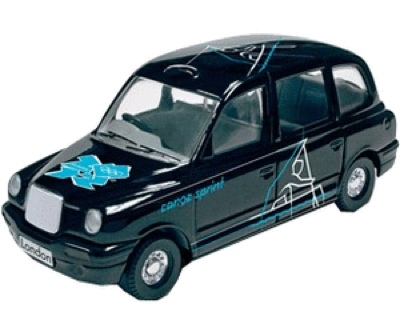 Posted by Editorial at 2:48 PM

Plenty of Wonga at TfL though.

This months salary should have the Olympic Bonus.

We aint talking peanuts. Mnagers at Palaestra could receive over 100K.

No wonder Hendy's instructions to slowly destroy the cab trade are carried out to the letter!