Arabs returning to Jeddah, having witnessed the non enforcement of on street touting, are emulating practises experienced in London, when they get back home.

Because of the big crowds during the holy month of Ramadan followed by Eid, motorists start working as unlicensed taxi drivers. These motorists use their private vehicles and follow special strategy to avoid traffic patrols.

Col. Zaid Al-Hamdy, the head of public relations at Jeddah Traffic Management, said private motorists are forbidden in the Kingdom to work as cab drivers and it is a violation.

“This is a phenomenon that is available through the year, but it increases largely during the holy months Ramadan and Haj. To control this phenomenon, our patrols observed main areas, like roads lead to Makkah and Madinah, airport, malls and downtown,” he said.

Latest statistic issued by Jeddah police confirmed that the number of seized motorists that work as taxi drivers in 2011 was 16,454.

That's ten times the number of touts reported in London!

Perhaps Col. Zaid Al-Hamdy could come to London and give LTPH and chief superintendent Sultan Taylor a few tips on how to do the job properly 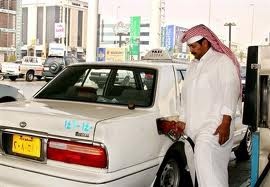 Posted by Editorial at 3:39 PM