A bombshell is about to explode on the Manchester Cab Trade, in the form of Operation Crush. The operation is being run nationally and is less than halfway through. So far approx 700 cases of perverting the course of justice have come to light. 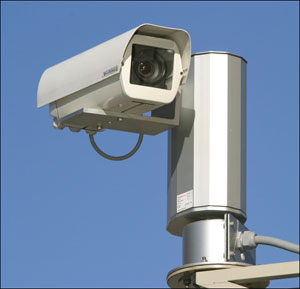 The offence occurs when a fleet owner or garage owner receives a section 172 notice that a camera offence has been committed in one of their cabs. The fleet owner returns the notice identifying who the driver is, as is required by law. The driver then receives a second 172 notice informing him of a penalty and asking him to confirm he was driving. The driver informs his owner, fleet or garage that he is about to be endorsed. This is when the offence occurs.

A couple of fleet owners in Manchester have told the drivers they cannot accept the endorsement, because it would cost the fleet owner too much in insurance premiums to continue to employ that particular driver. In fear of losing his track and/or his livelihood the driver falls for the next scam. The fleet owner offers to “get rid” of the offence for around £150. He tells the driver he has someone in the Central Ticket Office who will wipe the offence from the computer.

This is a scam, no such person exists. The fleet owner passes the 172 notice to a couple of scallies off a local overspill estate. They then redirect the section 172 to a false address.

The scallies used in the incident were not the sharpest pencils in the box. Because hey used the same address several times, the tickets flagged up on the police computer and set an investigation in motion. One fleet owner is implicated in 8 of these offences. 8 Manchester Hackney drivers are about to go “down the steps” for perverting the course of justice. This is just to save a fleet owner a couple of quid a week in insurance premiums. The 172 notices in question have been forensically examined and everybody who has touched one will have his “dabs” recorded.

We received this news because one of the drivers in question broke down in interview in the last few weeks. He was entitled to, he had an unblemished record and now he knows he will soon wake up in prison, to find he has become some tattooed Neanderthals bitch. All to save someone else a few quid!

He rightly is about to bring everyone down with him.

The sad thing about all this is that camera offences are only minor infringements. Any offender is offered a driver awareness course for £80. You legally avoid the penalty points this way. You also learn something so your cash is not wasted. You can do this again, as long as it’s not less than two years since your last course.

This news is about , but you can bet it goes on all around the country, especially in large Cities where multi owners thrive. I beg all Licensed Hackney drivers, do not fall for a scam such as this, not to save some tight barsteward a few quid.

Local Authorities should examine their part in this affair as well. Some authorities are suspending drivers who accrue six points in any year. They say this is evidence of dangerous driving. Hackney drivers do approx four times the mileage of any ordinary driver (48k against 12k). It would hardly be called dangerous driving if an ordinary motorist got six points in four years, would it.

It is exacerbated by the fact that a Magistrate has not sought to remove anybodies licence for two minor offences. A Magistrate is the appellant authority for decisions of a local council, yet the local council can and DO add an additional penalty to drivers who offend. This is surely contrary to natural justice. The decisions of some Local councils are therefore in my opinion adding to this problem and coercing some drivers to commit a more serious offence.

We will of course update you when able.
Posted by Editorial at 12:58 PM No comments:

Outcome of Private Hire Consultation
Following a consultation on private hire matters which ran from October 2010
to January 2011, a number of changes will be implemented from late 2011  onwards.
London Taxi & Private Hire has analysed the results of the consultation and  spent a considerable amount of time undertaking further consultation and  engagement with the private hire and taxi trade and the police to understand the impact of introducing some of the changes.
Most of the changes relate to the introduction of additional requirements for private hire operators, particularly those operating from shared premises and will seek to address a number of key issues raised with TfL over the past few years. Some items for private hire drivers are still under review and will be announced separately.
Throughout the consultation process, the overriding aim has been to ensure that any changes strike the right balance between improving safety for the travelling public whilst meeting the Governments desired objective of adopting a pragmatic approach to licensing without over regulating.
A summary of the changes due to take place is as follows:

Private Hire Drivers
TfL is considering further requirements that applicants must meet to help improve standards and ensure detailed background information checks can
be undertaken for all drivers.
TfL is considering additional measures for drivers including a review of training requirements and driver identification.
A new licence condition will be introduced to clarify that any driver who admits to having sexual contact in a licensed vehicle with a passenger will have their licence revoked.

Private Hire Vehicles
New, consolidated external vehicle signage will be introduced to replace all forms of existing vehicle signage, including red route stickers.
TfL will work with the private hire trade on all of these areas to finalise these measures and to identify a suitable timeline for introducing them.

Editorial Comment:
We have covered our concerns with this badly thought out and bias consultation in previous posts, but the Anderson Shelter is not alone on this issue. Some very good questions have been asked by the United Cabby's Group who now wait for LTPH to give comprehensive answers. See Article Here
Posted by Editorial at 9:31 PM No comments: