taxi trade to fight Council’s “unfair restriction” of trade at airport
LEGAL taxi trade specialists Howards Solicitors will be representing the Manchester Cab Committee in its bid to lift alleged restrictions of trade at .

Peter Eatherall, taxi law partner at Howards, will be representing the Committee’s fight to fully open up business to the trade at the airport.

The taxi trade has taken issue with the Council for giving Arrow Cars preferential treatment in its dealing with the airport and its passengers.  This has effectively shut out competition, according to the Committee.

The Manchester Cab Committee brings wide support and is made up of the GMB Union, Taxi Owners and Drivers Association, Airport Taxi Association, Mantax and Taxifone.

The complaints focus on ’s website booking facility for taxis, as well as its booking kiosks in the three main terminals, which are devoted to Arrow Cars at the expense of rivals.  There are also objections from the trade regarding Arrow Cars’ unlawful ranking activities.

The Committee now has barrister’s advice and representation through Howards Solicitors, with a possible judicial review to follow to determine the law on this matter.

Sean Kenny, chairman of the Manchester Cab Committee, comments: “We have no problem with competition.  We do take issue though when a private hire office opens next to the taxi rank and misleads customers by calling themselves “Taxi Private Hire.”  In addition it has vehicles illegally ranking and what can be consider unbalanced promotion by .  Then, it’s not fair or acceptable.”

Kenny also points out: “Manchester City Council compels all Hackney Carriages to meet a rigorous set of standards concerning issues such as driver knowledge and wheelchair accessibility at some considerable cost.  Private hire do not have to meet the same high standards, including licence fees, yet are being given the opportunity of immediate hirings.  This opens up another issue of fairness in the eyes of many in the trade.”

Eatherall, who has direct experience of running his own taxi firm before migrating his knowledge to law, comments: “The Council do not feel there are any issues that need to be radically addressed, but many, many voices within the trade in strongly believe that there are.”

“We have tried to resolve what we think are sound grievances through dialogue with the licensing and legal departments of the Council.  We have not received a constructive response.  The Manchester Cab Committee has been left with no other choice to resolve the matter other than through legal recourse.”

Boris should be charged with Corporate Manslaughter. A recent report submitted to the Mayor of London showed that there are 4267 deaths every year caused by pollution related illness. That means that there are more people dying in London than if there were a terrorist attack like 7/7 every single week. I apologise for using that comparison but it is a fact that these numbers of people are dying and no one is taking any notice because it is an unseen killer. Every time a family looses someone to a pollution related illness it is not immediately obvious to them that this has been caused because the Mayor has failed to manage emissions strategies. In addition there are tens of thousands of people who have a diminished quality of life because of pollution i.e. people who have breathing difficulties and asthma. It is also the case that the EU are about to impose fines of £300 million because London has failed to comply with emissions standards.(this at a time when spending budgets are being cut everywhere) The Olympic Committee may impose a fine which would equate to a third of the revenue from the Olympics (£175 million), for London’s failure to meet emissions standards.

At a recent seminar to discuss health effects of pollution in held by Darren Johnson (Green Party) and Mike Tuffrey (Lib Dems) at City Hall it was revealed by Professor Frank Kelly of the Environmental Research Group ( ) that there has been no emissions reduction in for the last 10 years. The Mayor of London has been asked questions about flawed emissions reduction strategies by Assembly members on a monthly basis for the last couple of years and also by many MPs who have written to him expressing concerns, and he has continually avoided or sidestepped the questions. He has a legal duty of care to ensure that the best strategies are implemented and to not do so is a breach of his legal requirements as Mayor. The reason that there has been no reduction in emissions is simple ; the emissions strategies that have been implemented have either been flawed in concept or have been mismanaged in their implementation.

There is evidence that older taxis create no more emissions than newer taxis. The carbon footprint to replace a taxi would take 5 years to offset if it was replaced with a zero emissions vehicle, (and no such thing as a zero emissions vehicle exists.) A common sense approach of cleaning up all 20000 taxis has been proposed to TFL and completely ignored. TFL have acted improperly with regards to the approval of systems. Eco-powers approval was withdrawn following a rigged test, yet systems which were failing dramatically remained approved. Two companies systems were failing so badly they went out of business, yet there approvals still remain in place. It is widely thought that this has happened because of improper conduct of the Public Carriage Office and their involvement with the taxi cartels who were profiteering out of the emissions reduction systems. 4/The congestion zone does exactly what it says; causes congestion. Again it has not worked as there has been no reduction in emissions whatsoever. The only thing it achieves is causes more congestion around its perimeter which probably results in an increase in emissions. The Mayor has received research which shows 4267 people a year dying from pollution in every year. He has a duty of care to implement effective strategies and has not done so. It could be the case that he is guilty of Corporate Manslaughter.


His improper conduct should be exposed. He should not remain in office for another year doing nothing while another 4267 people die.

Posted by Editorial at 4:02 PM No comments: 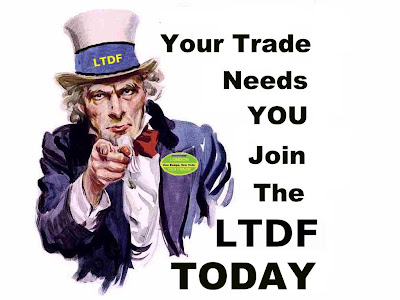 Click Here
Posted by Editorial at 3:42 PM No comments: